Vyacheslav Ilyinsky sent a link to his work on visualization of the most important and decisive events of the World War II.  We are publishing them today, expressing the gratitude to people who committed those deeds from 1941 to 1945.

About the project: Victory1945.rt.com — is a unique project on Russia Today channel, which expresses the key episodes of the Second World War in a visual and entertaining form. All the information you could only previously find on tedious huge websites, now  can be seen in one image at once. All sorts of visual elements help revive the maps and give the military battles some dynamism.
Maps are created for Western audiences, but soon they will be translated to Russian. Also planned to produce printed versions of all maps as gifts. 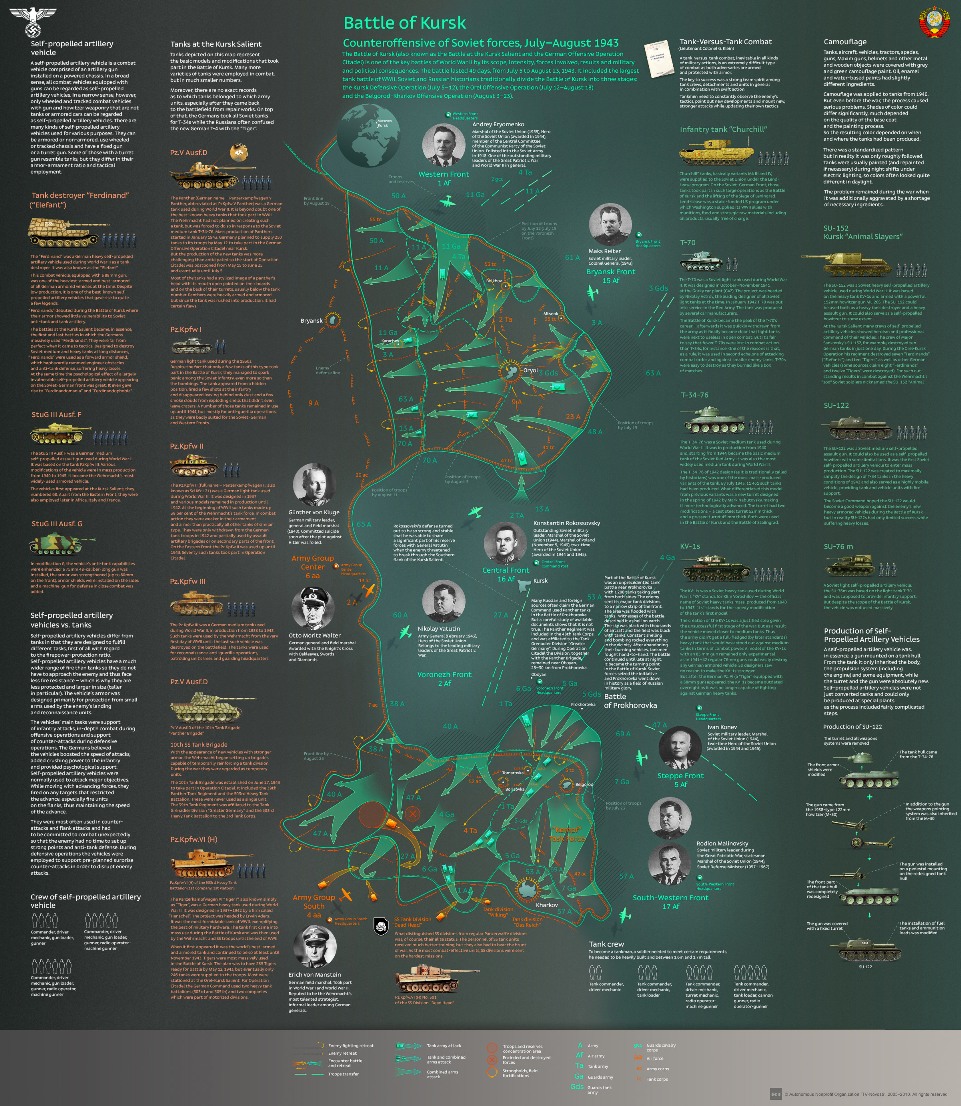 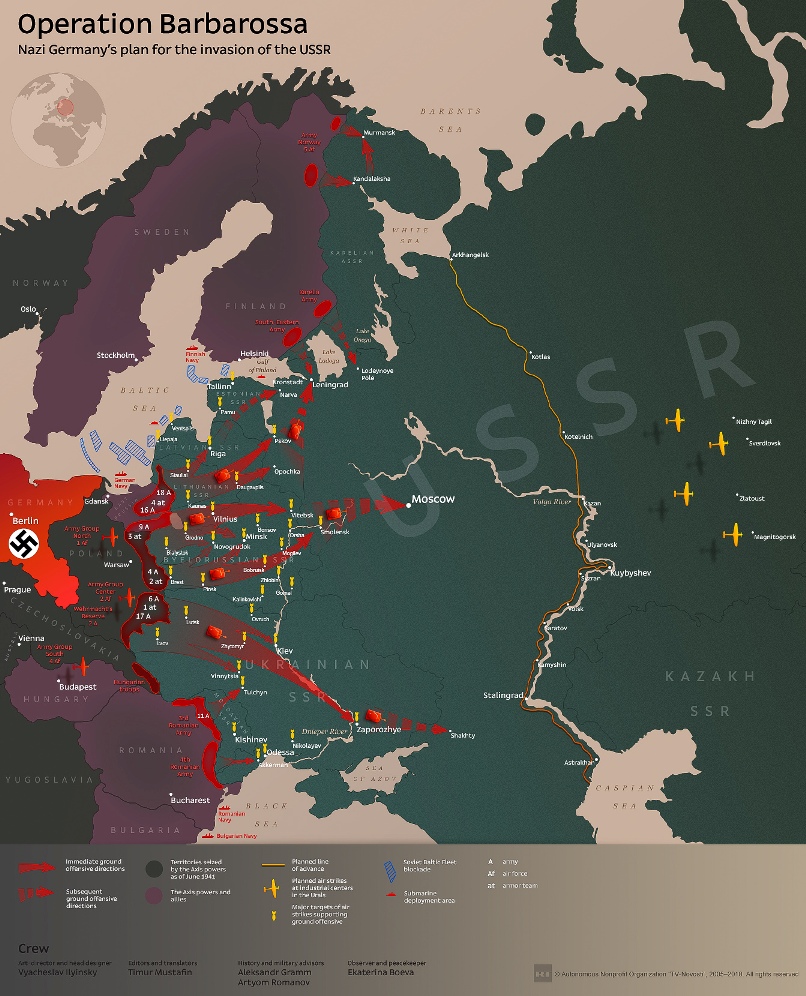 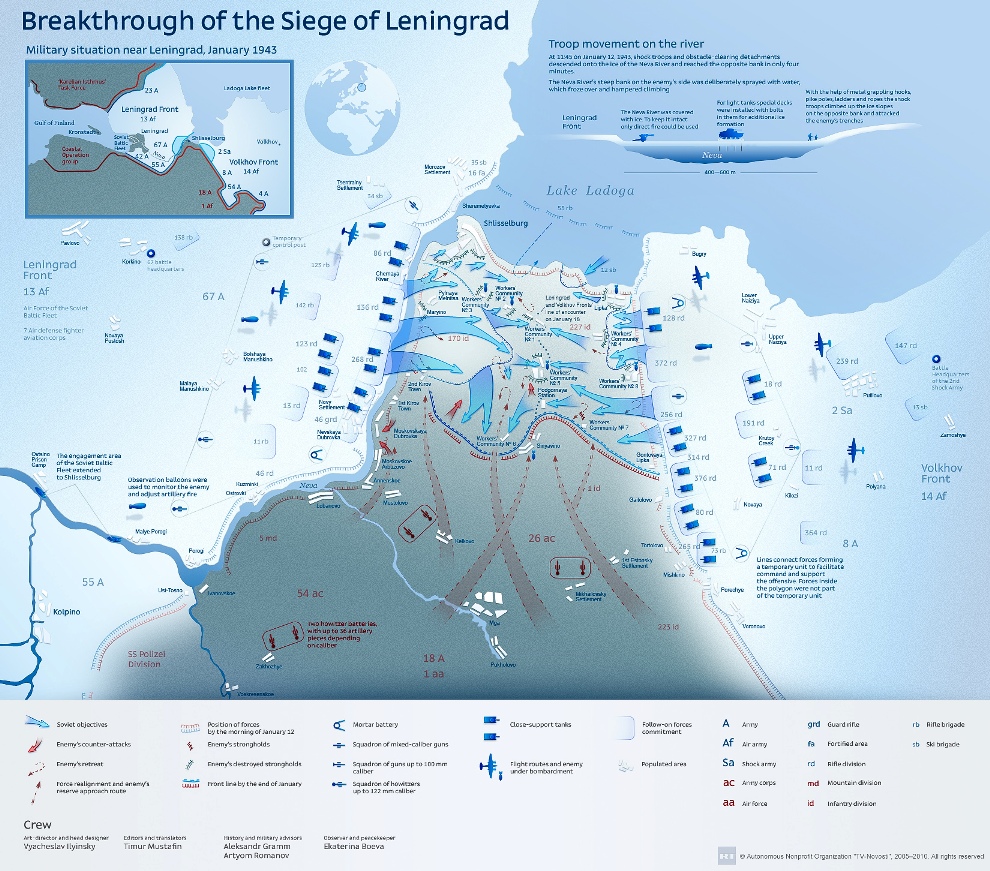 Thanks a lot to Vyacheslav for a large research work and for diligent work in restoration of historical authenticity.