Sankey Diagram — the trend of this season

Previously, we published a post devoted to these diagrams. But it does not make it less interesting. These diagrams are irreplaceable when visualization of a flow, its direction, and its width is critical. And when such diagrams stay in mind, they are getting used more and more.

Here are more details on how to use these diagrams. There aren’t many instrument for its construction — Excel, Many Eyes and Tableu aren’t one of them. Manual construction is quite complicated — the width is hard to adjust by hand.

We found a great resource —E-Sankey. Easy-to-build instructions are on its website ; define the beginning and the end, then set a width with a number, and manipulate it. You can also choose a color and other options to it. For the sake of an experiment, we used its free version — it seems to work fine.

The example composed by developers of E-Sankey diagram — traffic load diagram, is posted below. In my opinion, there is no better way for visualization of such data.

We used these Sankey diagrams for our project. Our task was to compose a presentation on consumption and effective savings of Samara Region’s resources. In this presentation, we needed to show amounts of generated energy, its transportation process, its consumption by different groups  and its looses on these stages. In my opinion, Sankey is the right choice for such tasks. 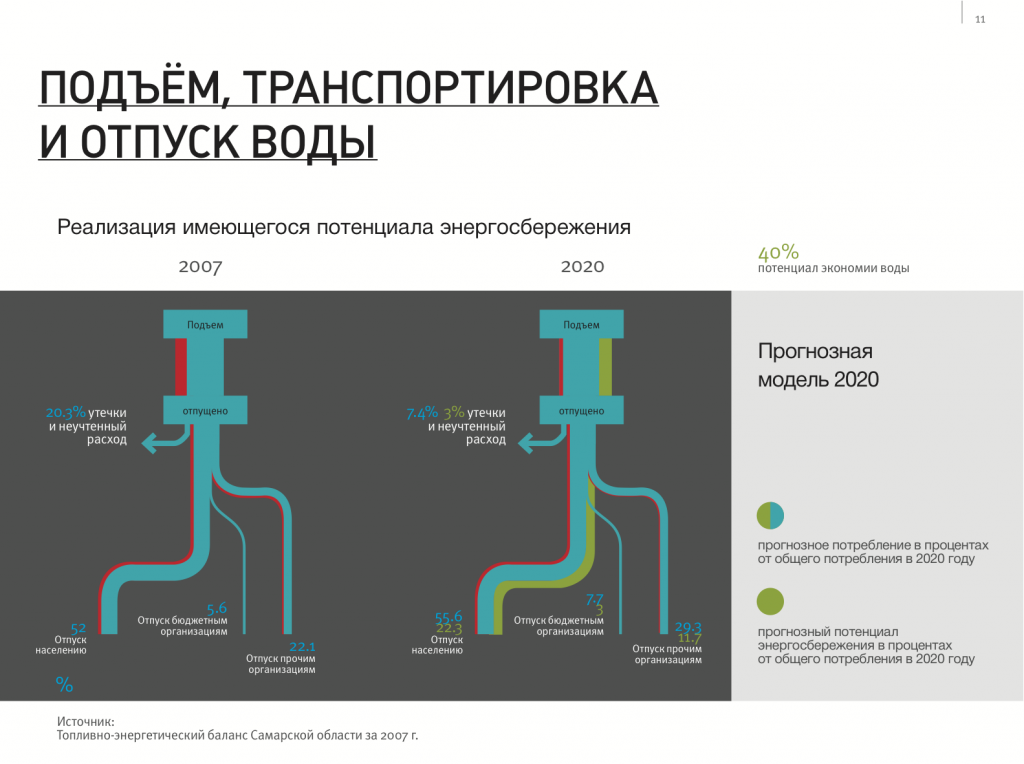 END_OF_DOCUMENT_TOKEN_TO_BE_REPLACED

Visual.ly — one more infographics resource, or the new leader?

While we are all busy here drawing infographics — others find themselves in opening more and more new websites devoted to information design. Only the russian part of Web, for the last half year, yielded with more than a dozen of new blogs, re-posting images from other blogs. As it would be said, the cold war has begun — like some years ago there was the e-war of first-to-comment’ers.

The new-born visual.ly project stands out from the crowd. 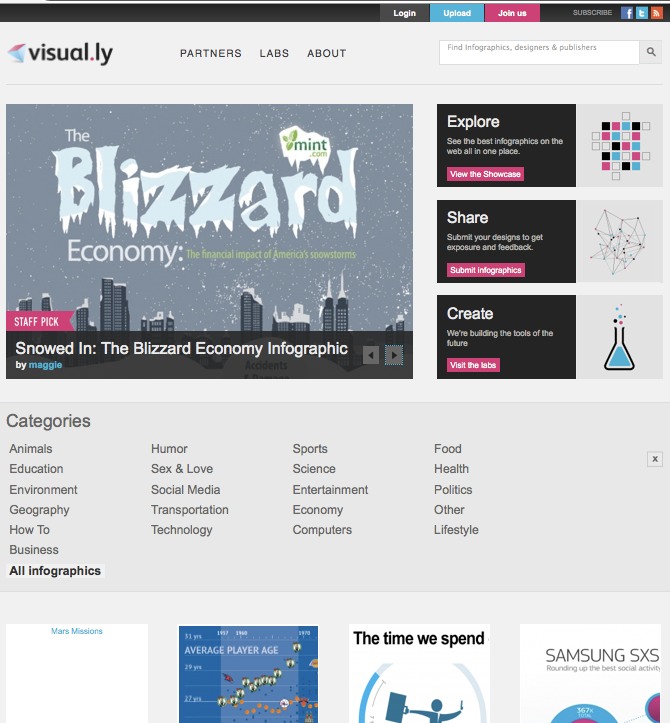 For some time already, the project was pre-announced via youtube-video, showcasing some of the features of Visual.ly, including the idea of creating the community for professionals in infographics and information design:
END_OF_DOCUMENT_TOKEN_TO_BE_REPLACED

Geo: How traditional Russian valenki are made

What we had as a start point: text of the article, explaining production process. Plus, all available video in YouTube, to know how different machines look like.

The most difficult part for us was to connect production stages smoothly, not just 1, 2, 3… But try to create the visual story. Production is the contionous process and we wanted image to look the same. After the idea was agreed, job was passed to our great illustrator Max Degtyarev. 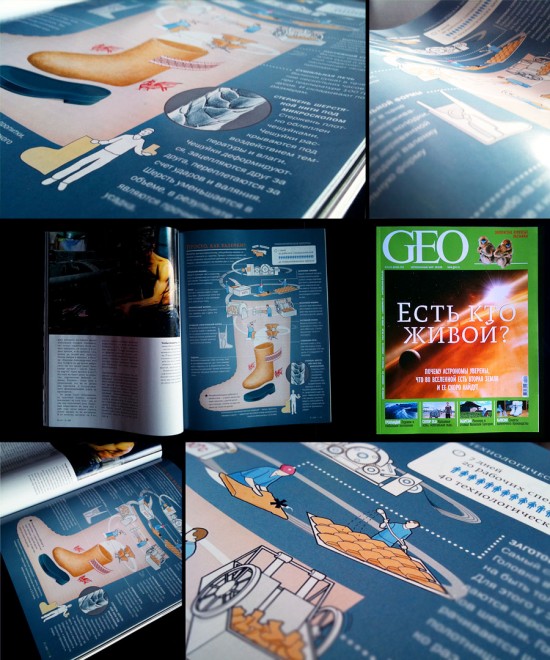 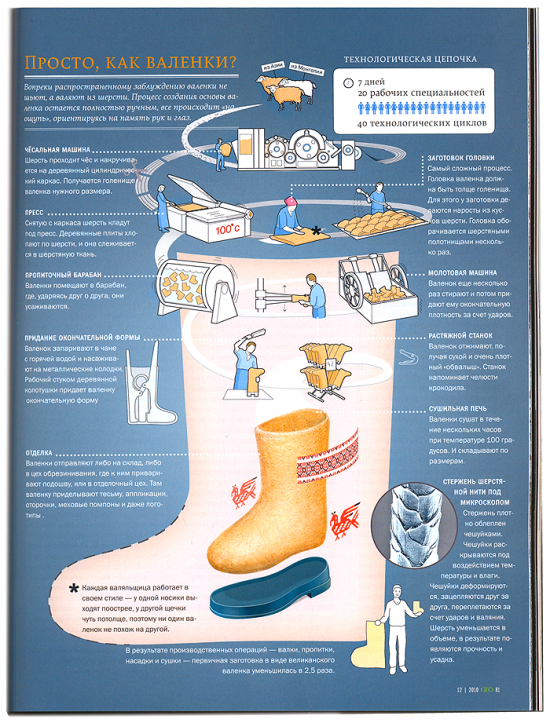 P.S. learnings for the future — have to ask some time in advance for photos, which will accompany our job. As we see now, we should create everything in a more dark and agressive colurs to be inline with the rest brutal looking content.

Thanks to Ivan for this link, now you can enjoy first Russian magazine, done only in infographic style by St.Pitersburg studio.

I publish just 2 images as a teaser, find more in their Flickr folder and be proud for the first Russian initiative.

Anomal temperatures of 2010 were interesting not only to us. But we did Central Russia only, while those people found much more info and combined all together to show bigger picture. 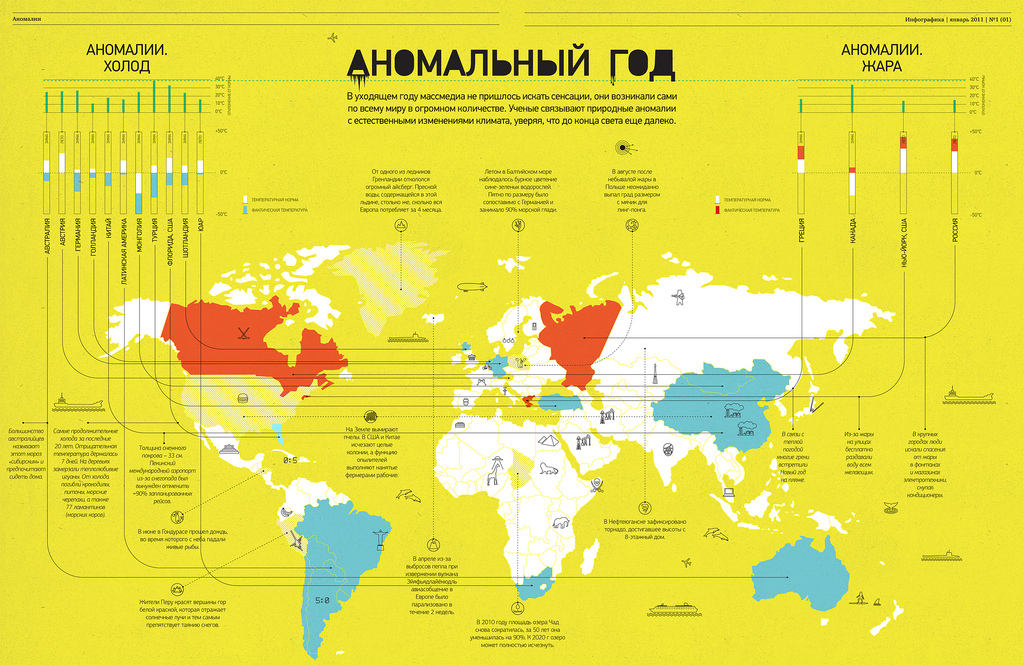 And, as a continuation of World Cup visualizations — 2018 will be in Russia! 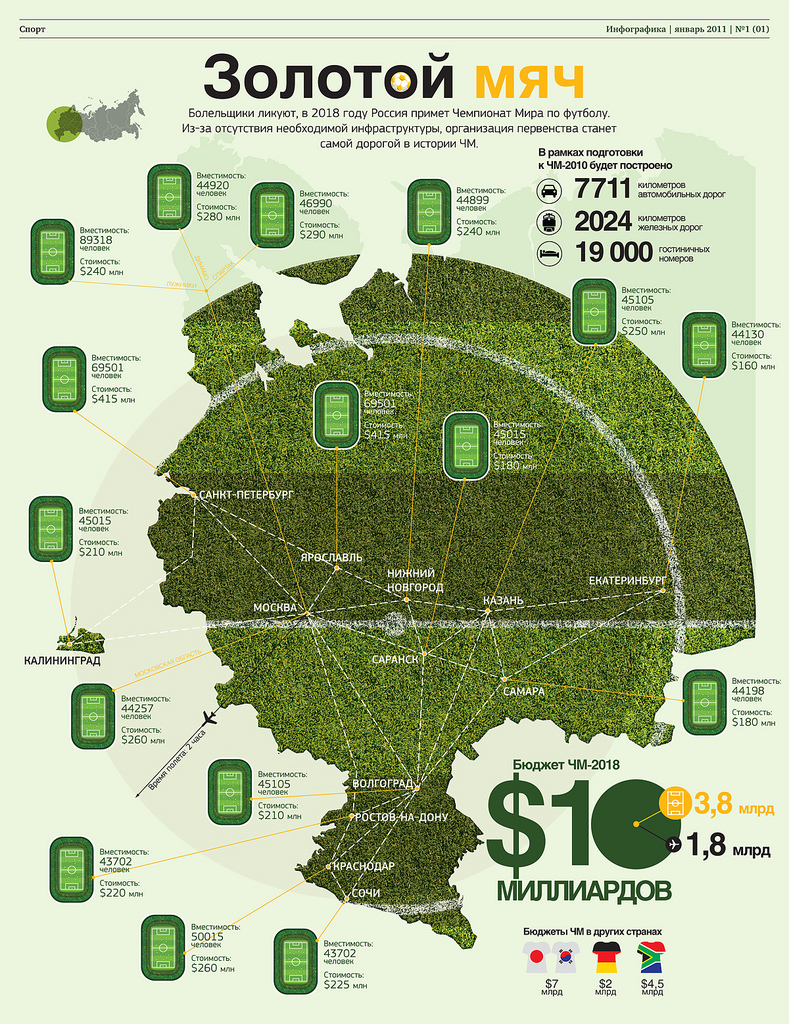