Even since Steve Jobs announced the iPad 2, the whole Infographer agency was breathing hard about this wonderful device. I did not resist and visualized emerged situation.

Relationship between Infographer agency and iPad: 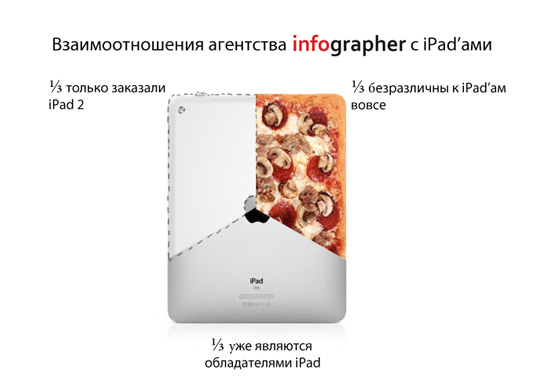 As you might have suspected already, the theme of our discussion today will be infographics «on one famous fruit company».

I’ll start with an old ad by Apple from 1983 edition. It’s called Inside Apple. This ad, of course, is not considered as information visualization, but is very catchy and interesting. 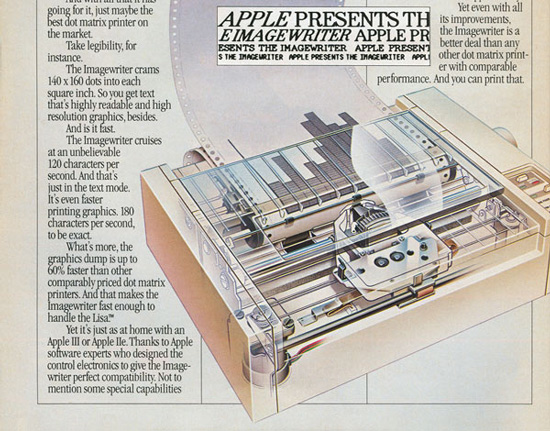 It is definitely a very detailed illustration, which gave a buyer of 80s complete picture of future device.  What’s worth mentioning about this visual is that it is done by hand; no Photoshop and Illustrators, only artist’s skill, some device drawings and one disassembled printer Apple.
The next work — 1984 model year, which is made with no less attention to details. Here is an article in Newsweek about the new Macintosh computers — even more brilliant, and more detailed. We looked at this graphics for about 15 minutes admiring the attention to details from the authors. 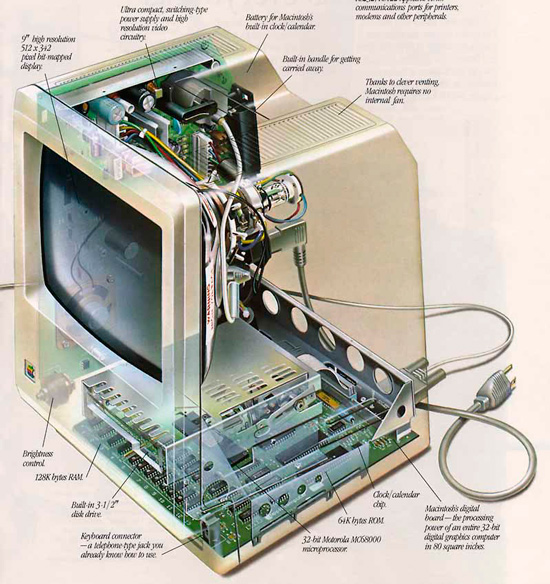 And now, for comparison, here are the current marketing materials; it introduces another device from Apple. 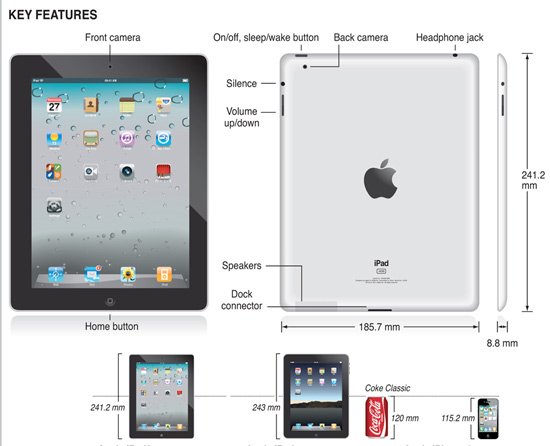 There are no cuts; only bright comparison of information. An interesting trend: generation ago, people were more interested in what is inside of the device. Now — the figures of power, performance and size are more important.

Well, if we’re talking about numbers here is a fairly useful and interesting infographics. 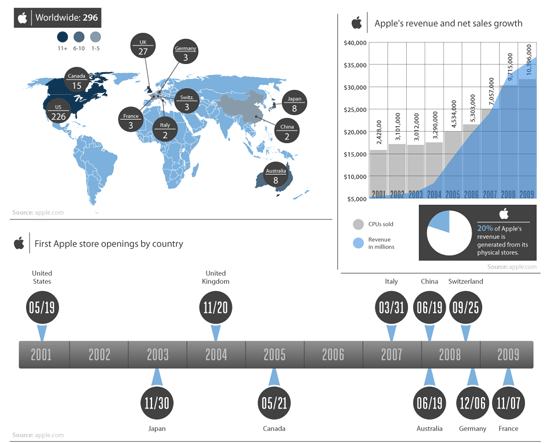 The conclusion is obvious and talks for itself: simplicity of visual information is dominating in modern world. Perhaps this one is the most perfect illustration of it: 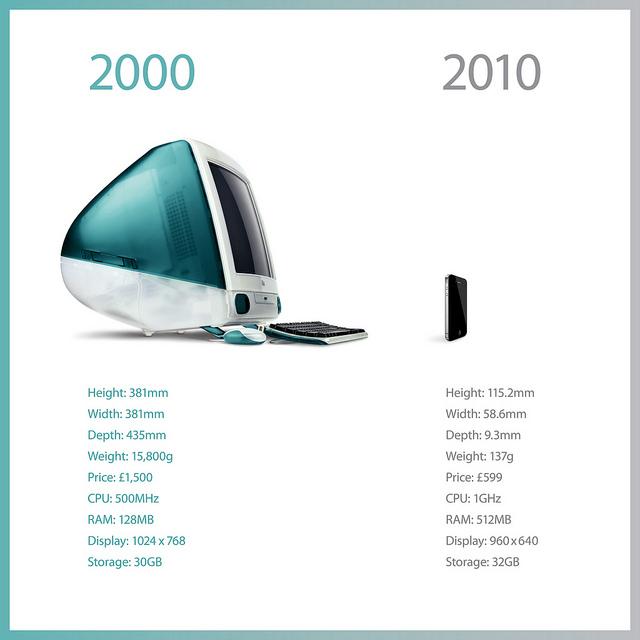