Here is another form of diagrams, that can not be built in Excel. Generally, in most cases, you can live without it, but there are times when it can be invaluable.

Imagine: you want to compare 20 different cars on a number of factors: acceleration to 60 mph, horsepower, swept volume, buyers evaluation, and etc. All these criteria have different scales and units: seconds, horsepower, subjective evaluation from 1 to 5, liters … In such cases, there are two standard solutions:

As a helpful solution, here is parallel coordinates where all scales are normalized: 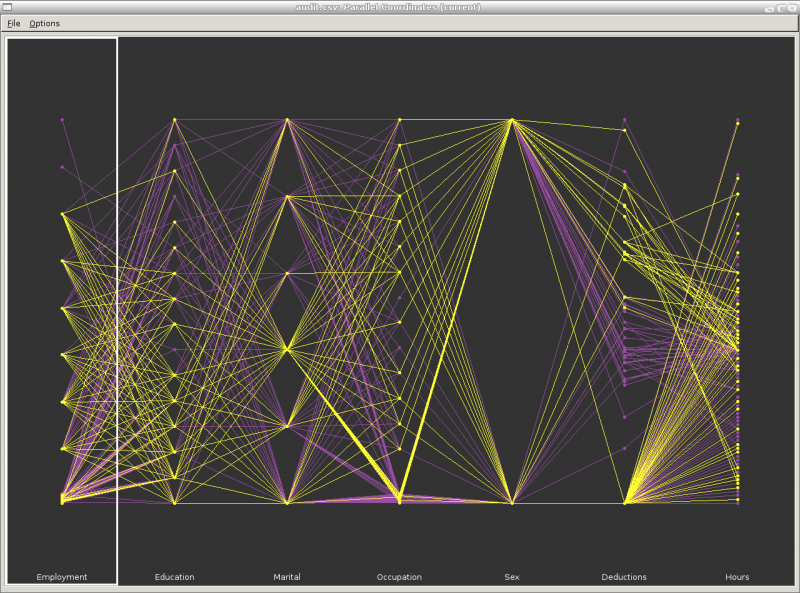 Example above illustrates social-demographic analysis. In contrast to Excel, where we can fit only 3 axis (one on X and two on Y), there are no restrictions.

If there are less than 5-7 axis, they can be composed to make up a circle; similar meaning axis can be placed closer to each other. The example below is taken from www.Hiveplot.com — where you can find many interesting things. Its author Martin Krzywinski describes the possibility of using these diagrams in science (particularly in description of human genome). He calls these graphs — Hive graphs, and considers them applicable only for large data sets. 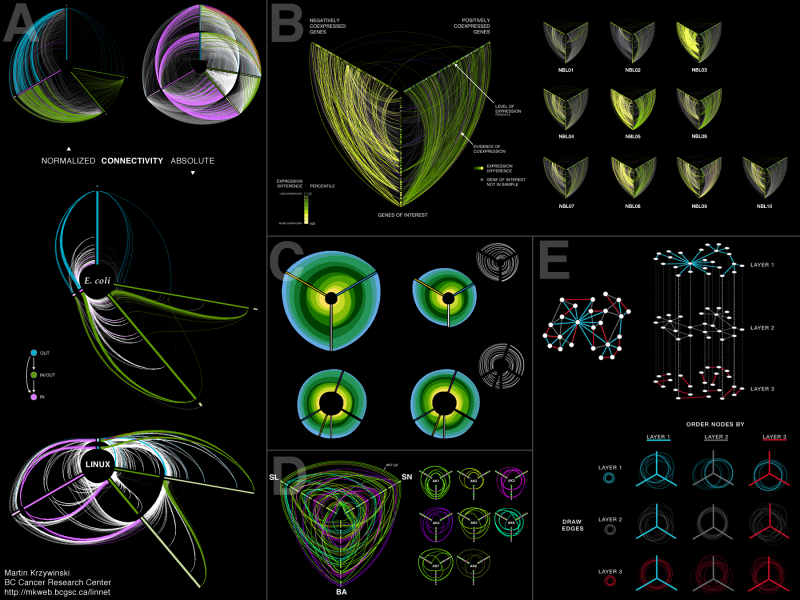 If you want to delve into the theory, at first you can go to Wikipedia and find out that Parallel coordinates were invented by Maurice d’Ocagne in 1885 and were rediscovered again in 1959 and popularized by Al Inselberg.
Mathematical reasoning of these graphs is described in a book called «Parallel Coordinates.Visual Multidimensional Geometry and Its Applications.» First 50 pages are available here.
Now that everybody is imbued with the importance of this type of visualization, lets start with its construction. 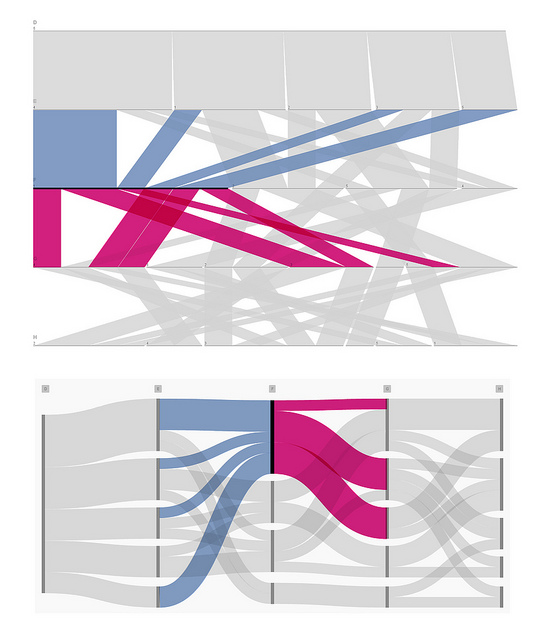 The only disadvantage is the format in which data is fed to the system. It’s a text file created by certain rules — the template can be downloaded here. But it didn’t help me much:) Nevertheless, we wish them good luck in automation of visualization tasks!

How to create a Dash Board that people would enjoy to use?

Part 1: How can the Dash Board be helpful for your organization? 0

Sankey Diagram — the trend of this season

The Sankey diagram is irreplaceable when visualization of a flow, its direction, and its width is critical. 0

How to create a Dash Board that people would enjoy to use?

Part 1: How can the Dash Board be helpful for your organization? 0