Classification of graphs and its purposes

Today I am publishing material written by Yuri Vetrov (head of the UI Modeling Company that designs user’s interfaces) on www.experiment.ru

This is quite comprehensive directory of various types of visualizations with examples and principles of selection. Must know.

Set of tools for visualization is quite extensive — from simple line graphs to complex mappings of relations. You can divide them into several types:

It shows the dependence of one data to other. Constructed in the X and Y axises, although may be three-dimensional.

The most common case — combines the line set of points corresponding to values ​​on the axes. For example, the daily number of visitors per month: it can display multiple sets of data — for example, statistics for the 3 most popular pages. 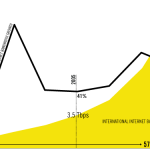 Shows the distribution of limited amount of dots corresponding to values ​​on the axes. The leveling curve is often drawn between the points — it illustrates the pattern among the values​​. For example, the relationship between work experience and productivity among the 50 employees of the company (notice: it’s not right to just connect the points in the form of a line graph — the meaning is distorted, and the line won’t be straight). 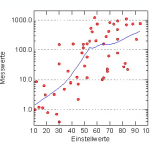 Shows the ratio of the dataset. In many cases, they are built around the axes, not necessarily though.

Shows one or more sets of data, comparing them with each other. There are two types of these charts: either the form of several columns standing next to each other, either as a single column but divided internally in accordance with parts values​​. For example, the annual profit of three companies over the past 5 years, or its market share during the same time period. 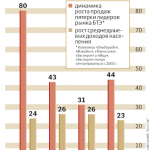 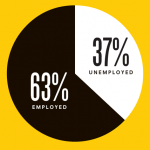 A mixture of graphics and charts — along two axes a set of points is arranged, which corresponds to its values​​. In this case, the points themselves are not interconnected and have a different value, which is given by the third parameter. For example, a comparison of the number of goods purchased, its total value and the budget of the buyer. 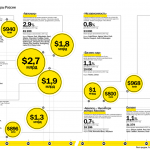 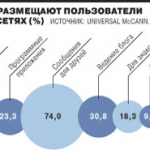 Shows the percentage of the maximum number. One of the data values occupies it and it is​ set as a partially shaded ring. For example, the number of medals won on the championship compared to the maximum. Several of these charts are often used — they compare different values​​. 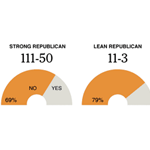 It compares the magnitude of several values, each of which corresponds to the point on the axis. Number of axes corresponds to the number of values; points are connected into lines. For example, the comparison of profitability of each 8 of company’s directions. 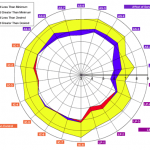 Compares keywords or phrases (values​​) contained within a text fragment (data set), setting for each of them its font size. Font size depends on the value of parameter. For example, the 25 most frequently words, cited in papers, in December 2008. 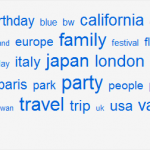 Compares the values ​​in the dataset. It paints them into one of the colors in the pre-selected range. The foundation is a picture or other figure, where the values are placed​​. The color depends on the value of the parameter and often imposed in the form of spots. For example, elements of the home page that users click the most. 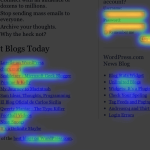 There is more further: see the original article for the following types of visualization:

Simple diagrams inside the cells in Excel

Excel has one interesting trick for work with data. 0